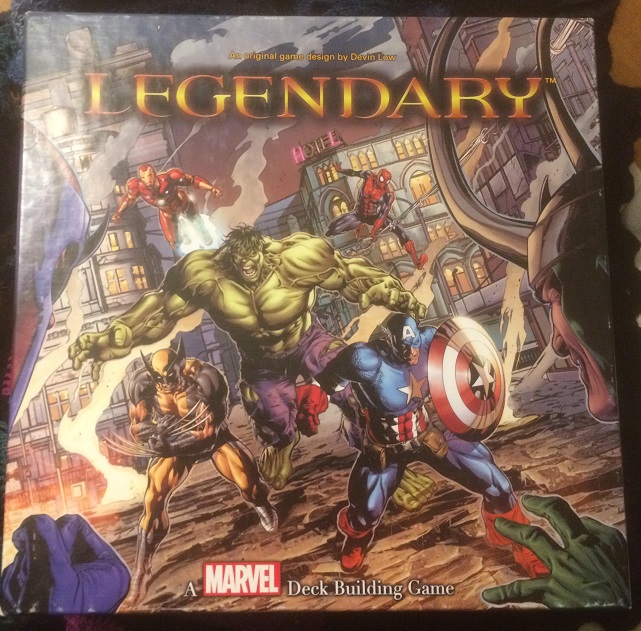 This review was years in the making and I wanted to play through the game enough times before passing judgement on something I was excited about for so long. I was hyped about it when I first heard of the concept of a coop Marvel game, something to play with friends that was not miniatures on a board and had more possibilities. Granted I was not a deck-builder fan at the time but it sounded like something I could enjoy.  More importantly I wanted my group to have played a few hands to see how players of different levels of experience felt about it. A game with hundreds of cards and new mechanics may be fun for an avid gamer but a newbie might be overwhelmed by all the things they have to remember.

The game is pretty popular from the amount of expansions (11 at present) that  continue to be print and with Comic Culture and Nerd Culture being at an all time peak I felt something like a COOP deck builder required us to be able to give an accurate, fun and informative review. I saw a lot of Youtubers discussing it, lots of reviews but it was one of those games that was not so popular in Croatia so at the time of its release it did not get such a push I guess in the Eastern European markets. I digress. Nevertheless I was syked to play it after reading and hearing mixed reviews I still went in hoping for the best.  Upper Deck are not usually associated with board games as many of my peers recall them from sports trading cards and memorabilia so it had me curious to see how they would fair in this new realm. To clarify I would like to state that I was not big on deck builders or card games at the time so this was a recent purchase after I had played a few more card games .

Having new players and a bigger place meant I could get back to boardgaming and this is a game I felt I never quiet played enough of. The first time I played it was in Split with my close friends and guild brothers Boris aka Moses and Ivan aka the Apache in a small apartment an wound up playing it on the floor! So my first impression was that I needed space to run it. I recently played it at the new place with my girlfriend and fellow Nerd Dimensioners Apollo and Gustonius. I purchased the game at Dragons Lair in Kungsholmen Stockholm. The price did catch me a little off guard considering that it is not the newest title however the artwork on the box and the shape of it made for easy storage and display piece . Seeing the amount of expansions already available indicated to me that this game obviously is still selling well when so much added content is still being released.

The base game contains 500 cards in total, a gameboard and manual. Upper deck threw in a ton of free dividers so you can label all the heroes, villains, schemes etc as to make it easier the next time you play. WARNING ! This game will take time to prepare and explain and I suggest you play it with 3 before playing five. After you organize the infinity deck of cards you can build the decks which go on the board. The board is good quality and straightforward with authentic artwork. Upper Deck saw to it that the S.H.I.E.L.D. Helicarrier and reaming flavor added to the game. The manual is short and simple, big enough text and pretty easy to understand after you flipped through it. 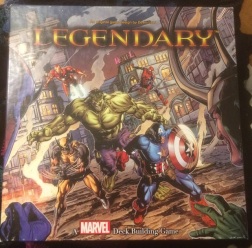 Included is how to- run your very first game and other ways to run the villains so that you can easily setup the henchmen and masterminds. The mechanics involved players drawing from different decks to either build their own deck or to play their hands on the table. You combat bad guys by playing different shield cards which serve as a currency or attack points and your goal is to prevent bad guys from escaping and destroying the master minds. The game is not the easiest and you will be knocked around but it does balance out as you start taking villains off the board. The developers and designers created a beautiful game and made sure that each game will be different. The mechanics do take a couple of hands but you will know what you are doing after 3 games and will be able to explain to any new players you wish to include in the crime fighting fun.

After playing enough games I did start feeling that I was playing the mechanics more than I was fighting bad guys but in all fairness it is a deck-builder game not a classic boardgame. Luckily I had purchased the Deadpool Expansion which was not expensive and added more cards and made for some interesting combinations. This being a review of the base game I will say that despite have 500 cards the game did feel like it was more mechanics and it did not give me enough options to make it more of a game that I could play say twice a month. 7 Wonders does this well where you get enough flavor and options out the box and it gets people back to the table because it is engaging despite being a competitive game. When I purchased the Dark City expansion I saw that it allowed for more options and added mechanics which did make the game harder but in return the scales did tip back in the players favor with better cards and characters. The base game should have included a few more things and with the price tag I would have preferred a mat instead of a board for conveniences sake.

All in all Marvel did deliver a fun deck-builder that you can teach kids and adults could still enjoy as it has moments where it does feel a little pokerish yet maintains a very enjoyable team aspect. Working together, letting the next player get a certain hero so they can deliver a harder hit. It does have a competitive option where you count up the amount of damage done and cards in your deck to determine who earned the most points which also can spice it up. This is a game which needs sleeves and expansions so be prepared to dish out some coin for it if you want to truly be able to enjoy the game. The cards will get worn out and the expansions keep you and your players more interested. As a stand alone it can prove fun for a regular group but is not something we recommend for smaller groups as we feel it plays best at 4-5 players.

The Nerd Dimension will give this game a

*Ruling: Despite the great artwork the game is a considerable investment for a game that will not have the same feeling after 20 games. The mechanics can be mastered but for new players it can take a couple of games.The Legendary system has been applied to everything from Buffy to Aliens so it is not that the system is bad but I felt there would be more flavor in the base game. However the rating jumps higher when you add the expansions so subscribe to see which ones we liked and which ones we felt did not add much.