That Saturday it was a sunny day in Split, the sun was shinning and a cool breeze was blowing. Almost too hot for the hoodies and jackets many of the students from FESB ( University of Split Faculty of Electrical Engineering, Mechanical Engineering and Naval Architecture … the translation is brutal). This writer was on route to the college to DM a session at the first ever International Table Top Day event to be held in Split. It was the brain child of the gracious owners of Carta Magica and the members of Stari Svijet who decided to throw an open door event to promote the culture of gaming.

I was approached and volunteered to do be a Dunegeon Master and even considered bringing my guilds set of Summoner Wars and maybe school some noobs in between D&D sessions. Or so I thought. Fast forward to your beloved blogger speeding towards the venue with half his notes missing as well as his second fix of caffeine. Upon arrival I was welcomed by the part I was to DM for that faithful morning but first shook hands with my inside guys : Marko Mlinar and Kruno Lapenda (two of the three Owners of Carta Magica Split).

Preparations were still underway as the final waves of promotion went down. I laid down my materials and ran across to the Carta Magica store to print some character sheets and buy some cigarettes where I bumped into a few guys who looked like they would be interested in throwing some dice and squashing some minions. Returning to the venue I saw that we had table 1 next to the blackboard and my party awaited : 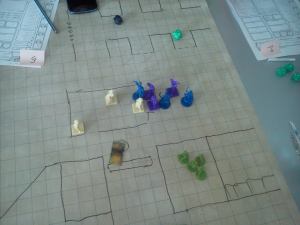 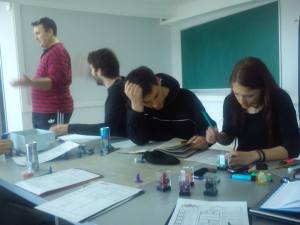 Sanja M. aka Scarlet > a fiery dragonborn sorcerer in pursuit of knowledge and magical artifacts. Not too bad to look at neither.

Boris M. aka Skaras > A water Genassi cleric whose neutrality would make the Swiss look like bullies. Not for nothing but it was not the water that made this Cleric slippery.

Nikola aka Rockslide: Sadly Nikola had to jump ship half way through the questing and was picked up by Ljubo Simic temporarily. Sadly no one has seen or heard from Rockslide since…dare we call it a conspiracy?

Marin M. aka Heldeggar: Interesting rogue, always bouncing around but despite his size asked the big questions.

Josip B. aka Arthos: A curious caster who found himself in a bit of a pinch with some Planar chick but how can you blame him, those eyes are hypnotic !

Jerko HP. aka Bruce Banner: Bruce is truly smarter than you average barbarian, no seriously he is 😀

Ivan P. aka Scottish Legolas : In between drinking and hitting on some of the shadiest women in Ashroft he is … stabbing himself with his arrows or contracting parasites. 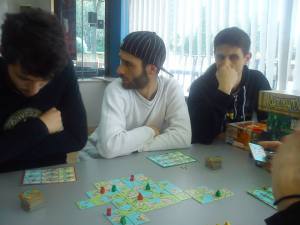 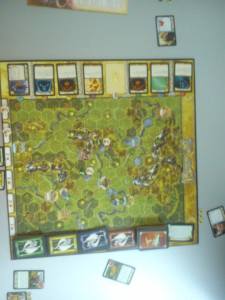 Considering I myself was new to D&D 5.0 there was no shortage of laughs, puzzle solving and ofcourse a dungeon was entered and a fight broke out in the tavern. All in all dice were rolled, role play points were awarded and most of all fun was had. In the down time other games could have been played ranging from Warhammer 40 K, Arkham Horror, Runebound 2nd Edition, Race for the Galaxy, Game of Thrones, World of Warcraft, the epic Twilight Imperium to name a few. No gamer walked away without getting their fix of their favorite table top games or trying something new out. I would like to take this opportunity to thank the organizers for getting us the big hall and providing us with food and beverages. For the first time ever in Split gamers had a space they could call home and the place and the gaming ran well into 21:00 before an after party was announced for the brave few.

I was sad to see all the games boxed up but in my eyes and those I played with it was a success and they can count on our support any time. I would recommend that anyone visiting ST and looking to kill some time to pencil in a game, or if someone from ST is looking to dive into the magical world of board games and RPGs to also swing by, the people at Carta Magica are very forthcoming with information and even offer a 5% discount on cash purchases for members of their club. Below I have attached the links where you can check for time slots, browse the pictures and like their group.

Word is a con is coming to Split in the very near future and we are expecting more people to show up and support. I encourage those visiting Split, studying in split or just living in Split to check out the store because you never know when you can meet your next board game buddy or just start a new friendship.

I love reading and writing, enjoy RPGs of all forms and am a huge sci fi and fantasy fiction fan. Working on A Nerd Dimension & the podcast hoping to be able to get more people interested in my hobbies and passions and bridge the gap for those seeking to enter the culture. View all posts by Mykal K Grymm